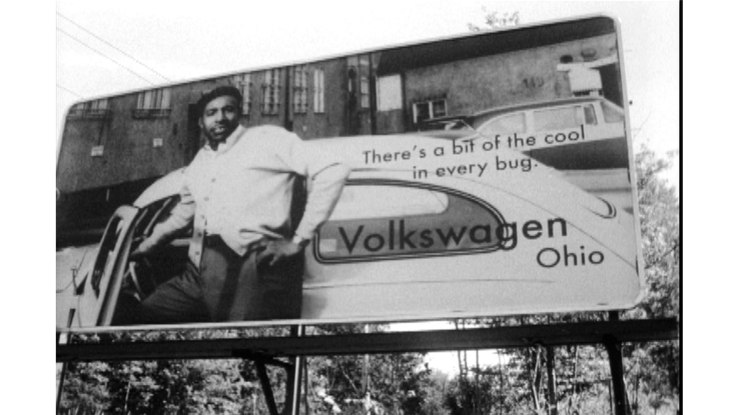 This coming Friday, May 14th, the second annual Migrating Forms film festival kicks off at Anthology Film Archives in New York City. Rather impishly scheduled to run concurrently with the Cannes Film Festival, the fest surveys film and video art the world over, collapsing the walls between the museum and the screening room, and in its own eclectic way is becoming just as essential as its burly French counterpart. And with no fear of volcanic ash related flight delays!

Expanding from five days to ten this year (my report from the inaugural edition is here), fest directors Nellie Killian and Kevin McGarry have added mini-retrospectives (of Jean-Pierre Gorin and Kerry Tribe), and invited guest programmers to take over a few nights (including a rare screening of David Cronenberg’s Stereo (1969) in the May 15th program “Soziale Plastik I” curated by Brian McCarthy). There’s also lots of exciting new work on display, including a trio of Jean-Marie Straub shorts, and films by Lucien Castaing-Taylor (co-director of Sweetgrass), John Gianvito (Vapor Trail (Clark)), Lav Diaz (whose Evolution of a Filipino Family made Cinema Scope’s best-of-the-decade list), and New York Film Festival holdovers from Harun Farockiand Ben Rivers. It’s an invigorating mix of old and emerging masters, so I don’t feel bereft in missing Cannes for the 29th year in a row. The revelation for me, though, has been the Opening Night film, Kevin Jerome Everson’s Erie.

Everson’s work is new to me, and I direct everyone to Ed Halter’s great essay in Artforum for a crash course in his style. In Erie, Everson headed to the Rust Belt to film family, friends, and willing strangers as they go about their daily business. He shot them in unbroken takes, for the length of one roll of grainy B&W reversal stock (approximately 10 minutes).  The subjects vary from workers who mount billboard advertisements (the top image) to former GM workers gabbing, a piano-vocal duo, a hospital employee cleaning medical instruments, and a teen girl riding the Maid of the Mist at Niagara Falls. Everson is concerned with capturing contemporary Black working class life, but, as Halter notes,  it is achieved through “an understated formalism rather than through traditional documentary modes.”

Everson is not a passive observer, but a silent tinkerer, constructing oblique narratives out of the lives of his participants. The image on the billboard is an invention of Everson’s, an image of his uncle from when he was stationed in West Germany in the 1960s. I only discovered this after reading Halter’s article – while viewing, I accepted it as a retro-chic car ad without any question. There are constructed notes like this in all of the shots – social realist images that contain layers of performance and theatricality. These subjects are both representing and performing their identity. Some of these constructions are more obvious than others.

There are artfully composed shots, like of his daughter sitting patiently cross-legged next to a candle (a study in obedience), or the fencing match between two foes with dancers’ bodies (a study in motion). Once it becomes clear that Everson has formalist tendencies, every shot becomes a mystery. His interview with relatives about GM plant closings, which looks like straight documentation – ends up elucidating the rest of the feature. They discuss the learning curve of the job, and the condescension of those who would say they did not have the education to earn “that much money”.  One of the women says “You didn’t go in there knowing how to build a panel. Nobody knew that. Everybody had to learn to do that.” As Halter writes,  “The discussion draws from local history but also returns to one of Everson’s primary considerations—that of labor as an ongoing mental and physical process of learning, as well as a form of discipline and performance not always understood as such from the outside.”

These retirees are reminiscing of their laboring past, while the other sections enact that past, the repetition, adaptation, and innovation that comes with learning a skill, from mastering a melody to perfecting the cleaning of a pair of forceps. This is played off beautifully in the music sequence, in which Everson walks back and forth between the vocal-piano duo and a group of krumping dancers spinning albums on a beat-up turntable. The audio bleeds back and forth, the propulsive hip-hop edging into plaintive melody. What becomes clear is that both groups are attempting to master things on a very micro level – the intonation of keys and voice, and then then body control of a dizzyingly precise nature.

Everson ends the film on image of pure poetry – a young girl riding under Niagara Falls, her face impassive, obscured by the thin poncho, until, through a lens glazed with raindrops, she breaks out in a radiant smile, just taking in the world around her. Erie screens Friday, May 14th, at 8:30.

Notes on other titles I’ve seen and can recommend:

A staggering act of political commitment. A four-plus hour investigation of the environmental disaster left behind by the air force at Clark Air Base, which closed after a century in operation in 1991. As attested by an article in the Stars & Stripes (“The Independent News Source for the Military Community”) earlier this year, “The bases poured fuel and chemicals from firefighting exercises directly into the water table and used underground storage tanks without leak detection equipment, the agency found” , among multiple other infractions. After Mt. Pinatubo erupted in 1991, refugees were housed on the base, drinking its water and growing food on the land. The article continues that “Records of the families, published by the Philippines Senate, said 144 people were sickened at the camp, 76 of whom died. It said at least 19 children were born with disabilities, diseases and deformities between 1996 and 1999.” The parting contract between countries absolved the U.S. of responsibility in its treatment of the land, and the Filipino government has shown no will to effect clean up.

The length of the film is due to Gianvito’s insistence on allowing the victims of the event, as well as the leaders of the People’s Task Force for Bases Cleanup, Myra Baldonado and Boojie Juatco, to speak at length without interruption and few edits. He is truly allowing them to tell their own story, for, Gianvito says,  “I couldn’t convince myself that many of the sequences, particularly with individual victims, could be cut any shorter than I was cutting them. I felt that it was a disservice to the spirit of the person I was representing to shrink them any further.”  The sheer number of stories and testaments is exhausting, but necessary in order to avoid the exploitation of these tragedies for mere tearjerking. It’s a monumental, vexing, and enraging project. I may not agree with all of Gianvito’s politics, but his commitment, passion and intelligence are overwhelming. And part 2, Vapor Trail (Subic), is coming soon.

I Know Where I’m Going, directed by Ben Rivers (screens Sat., May 22nd at 2PM – part of Group Program 6)

A road trip to parts unknown. The filmmaker visits a lumberjack and a backwoods eccentric as a scientist waxes about geologic time on the voice-over. What will be left of us when we’re gone? Concerned with length. Length of rope, length of branch, length of steps to the end of the trail. The tiny bits of measurements contrasted with the unfathomable expanses of eons.

You can view the festival trailer, by Leslie Thornton, here.