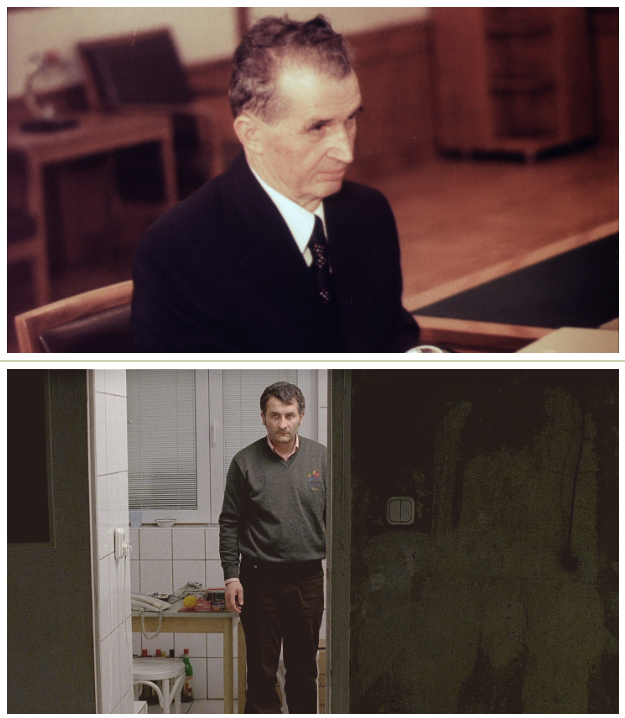 The 48th New York Film Festival begins this Friday night, with David Fincher’s The Social Network, and I’ll be hemorrhaging words about it for the next few weeks. J. Hoberman finished his term as a programmer last year, and the more populist-oriented Todd McCarthy (formerly of Variety, now at Indiewire) took his spot on the team, chaired by Richard Peña, and rounded out by Dennis Lim, Melissa Anderson and Scott Foundas. Since Hoberman is one of my favorite humans, I was prepared for an ever-so-slightly less challenging slate this time around. But no! This year’s titles look awfully impressive sight unseen, a mix of savvy veterans  (Godard! Oliveira! Kiarostami!), peaking  auteurs  (Apichatpong, Reichardt, Puiu) and the promise of relative unknowns (Frammartino,  Grau, Heisenberg, Loznitsa).   Even the sidebars look bountiful, with the NY premiere of Joe Dante’s The Hole and Frederick Wiseman’s Boxing Gym.  With the addition of the oft-overlooked but stacked Views From the Avant-Garde section, the NYFF will gently dominate my life for the next month.

The first festival titles I viewed this year are two Romanian tours-de-force about ordinary men and what may lie behind their vacant stares (yes, Romanian cinema continues to astound). The Autobiography of Nicolae Ceausescu, part of the Special Events sidebar, is a triumph of archival research and editing. Director Andrei Ujica and editor Dana Bunescu compiled footage of the deposed Romanian president from the National Television and National Film Archives in Bucharest. They found home movies of his vacations along with propaganda footage shot at home and abroad. Ujica and Bunescu edited this footage together to create an unintentional “autobiography”, and built up a complex soundtrack for the almost entirely silent footage.

Ujica told Dennis Lim that “The film does have a commentary but it’s a nonverbal commentary. It’s in the construction of the sound and in the intervention of the music.” These manufactured scenes are bookended by grainy video footage of Ceausescu and his wife being interrogated after the 1989 revolution, before they are executed. The grim pallor of his face in this opening shot echoes throughout the multiple representations of his hale and hearty visage that follow.

His unseen interrogator says, “it was your masquerade”, and then the film proper begins, with  footage of Gheorghe Gheorghiu-Dej’s funeral, the former General Secretary of the Romanian Communist Party. Then Ceausescu is inaugurated, and the most striking thing about him is his hair. Swirling but immovable, it sits awkwardly and flamboyantly on his impassive boyish face. Tracking this follicular edifice’s slow decay is one of the film’s multifarious pleasures. It appears at various PR affairs, from the beautiful chaos of the Harvest Festival, where he plays fairground games half-heartedly, to his absurd historical recreation of Romania’s 15th Century King Mircea, which he stages for visiting dignitaries. He is attracted to showmanship, although he himself appears to be an inscrutable bore, his most common expression a half-smirk. He even stoops to cheating at volleyball during a game with friends (he pulls down the net to allow his weak kills to get over).

We see what he wants us to see, so politics are reduced to communist talking points, he won’t budge beyond name-checking Marx and Lenin, or his insistence on removing NATO troops from Europe. Very little is heard or mentioned about domestic initiatives – he seems entirely reactive, only inspired when the world seems to be against him. His most impassioned speech is delivered against the Warsaw Pact invasion of Czechoslovakia in 1968, where he forcibly condemns the “socialist incursion”, and insisted on putting an “end to interference.” While clearly a move based on the fear of invasion for his own fragile nation, it’s a forceful and effective speech, and on the right side of history. But that’s it for an intellectual spark. The rest of the film shows a man becoming more insular and paranoid, retreating into a cult of personality. All we see is scene after scene of Ceausescu smiling uncomfortably next to world leaders, a near daily affirmation of his own importance. He receives visits from Nixon, jets to England to meet the Queen, and is celebrated by Kim Il-Sung in North Korea a number of times, to ridiculously overblown fanfare. His trip to Universal Studios just seems like more of the same puffed up artificiality.

By the end, his face is a mask of boredom, a zombie on the national stage who keeps his country in a similar narcoleptic state. Ujica carefully deploys pop songs, including a memorable appearance from “I Fought the Law” to suggest the alien Western forces that are bleeding in to the edges of Ceausescu’s hermetic frame. By the end, when Ceausescu  looks emaciated inside his ill-fitting suits, his face ravaged with wrinkles and his hair imploding like a collapsed souffle, even his fellow lonely presidents have had enough (in one meeting Gorbachev angrily checks his watch). In the final shot of the post-revolution footage, with Nicolae and his wife Elena looking hollowed out and irascible, he is no longer the totalitarian nightmare of the Romanian imaginary, but just an old man scared to die.

Ceausescu makes quite a pair with Cristi Puiu’s Aurora, another study of a Romanian zombie. It is Puiu’s follow-up to the extraordinary Death of Mr. Lazarescu, and where that film is a portrait of a breakdown in Romania’s public services, this is an experiment that tries to document the breakdown of his country’s psyche. It is the second part of what he calls his “Six Stories from the Outskirts of Bucharest”, dedicated to Eric Rohmer and his Six Moral Tales, of which Lazarescu is the first. Puiu describes this series as about “moral crisis and how inefficiently and artificially the Western model has been applied to a country that had just emerged from the darkness of communism.”

Puiu himself plays the lead character, Viorel, a furtive, ill-tempered man who wanders around Bucharest fulfilling obscure tasks known only to himself. He collects a debt and picks up a firing pin for a shotgun. His face is stony, his wardrobe a consistently tasteful sweater-over-dress shirt combination. He is middle-class, in the midst of renovating his apartment. But instead of fixing up the place he keeps emptying it out, pawning his stuff on family and friends. It seems his is preparing to empty himself out instead. But Puiu reveals nothing of  his motives – Viorel is to remain entirely unknowable and irreducibly human, regardless of the violent acts he commits.

Puiu shoots him constantly from a distance, framed inside of doorways and other transitional spaces, the unbalanced images focused on the sliver of well-lighted spaces he broods in. The visuals are as opaque as the character, bisected and hard to navigate, plus Puiu frequently pans away from major actions, the camera acting like an abused but loving dog, keeping a distance but always wanting to creep closer. Puiu told his cameramen to “follow the character, and to look at him with a feeling that resembles a father watching his child learn to walk.” This is a more compassionate version of my comparison, but still apt. There is a constant tension of what will be revealed inside the frame or about the characters, a puzzle that kept me intensely engaged, especially with its rude bursts of absurdist humor, including a flash of an overweight woman getting a wax, and the brusque apathy of police officers refusing to care about the facts that audiences have been trained to fixate on. It’s a welcome provocation, shifting the weight of analysis from the characters to the viewer, a film to obsess over.

Next week I’ll have a lot more to pontificate on, including Oki’s Movie, Uncle Boonmee, Certified Copy, Film Socialisme, and unless I get shut out, The Social Network.