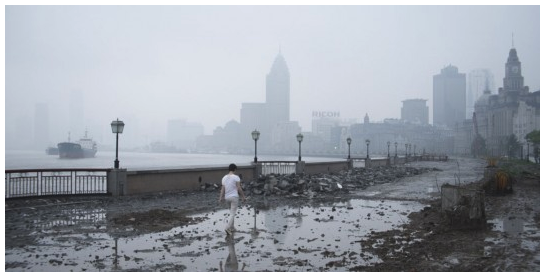 In its 11th year, the Film Comment Selects series at Lincoln Center, which runs February 18th – March 4th, is as staunchly idiosyncratic as ever. The slate is chosen by the venerable magazine’s contributors and editors, with an assist from the Asian genre aficionados at Subway Cinema, who are co-presenting three features. Pulling from brows both high and low, they open with the historical excavations of Jia Zhangke’s I Wish I Knew and close with the horror kicks of James Wan’s Insidious and the  morbid comedy of John Landis’ Burke and Hare. In between lies an entire range of obscure festival titles (El Sicario), forgotten repertory gems (Fassbinder’s I Only Want You to Love Me, Peter Yates’ Robbery) and the latest philosophical doc from Werner Herzog, the 3D Cave of Forgotten Dreams. Herzog’s film is one of the few with U.S. theatrical distribution (from IFC Films), so for many of these titles this series is the only opportunity to see them on the big screen.

I’ve seen five films in the program so far, and Jia Zhangke’s I Wish I Knew stands out. As Tony Rayns reported in CinemaScope, Jia was commissioned to make a film about Shanghai for that city’s World Expo in April 2010. As with his last documentary feature,  24 City (2008), Jia uses personal histories to explicate the wider story of his country, from the communist revolution through the introduction and explosion of capitalism. 24 City focused on the industrial city of Chengdu, in which the lifeblood of the town, Factory 420, was being torn down to build a gigantic condominium complex. In the midst of the documentary interviews he introduces a fictional story about the factory, starring Joan Chen.

I Wish I Knew deals with a wider canvas, examining the Shanghainese diaspora created by the Communist victory in the Chinese Civil War. Jia talks to survivors in Shanghai, Hong Kong and Taiwan, whose entire lives were uprooted or destroyed, nationalists and communists both. Woven in between these interviews are wordless shots of actress Zhao Tao, Jia’s frequent collaborator, strolling through the ruins of old Shanghai, as skyscrapers get erected all around her. This is an extension of the Joan Chen sequence in 24 City, but also of Jia’s entire corpus, extraordinary documents of living history in which China’s economic miracle inevitably buries and denies the history of the country. From Platform on, Jia has been trying to capture the last breaths of bulldozed and drowned neighborhoods and memories  before they disappear under steel and glass.

The people Jia interviews are natural storytellers. There is Yang Xiaofo, whose father, leader of the Chinese Civil Rights Alliance, was assassinated upon the order of Chiang Kai-Shek. Yang remembers the days when he and his dad would stroll down Nanjing Road and look for coffee shops. Jia then takes his camera and strolls down the modern-day strip, slowly weaving his way through a cafe, until  he settles upon Zhang Yuansun. Zhang informs us his father was a hugely popular Peking Opera performer, and owned a yacht.  But during the Cultural Revolution, the Red Guards declared him a reactionary, ending his career and forcing him to live in poverty. Then Zhang attends a senior dance, twirling to Dick Haymes’ “I Wish I Knew”.

There is an endless list of lost fathers. The most devastating is the story of Wang Peimin, whose dad was executed by firing squad by the KMT weeks before her birth. She has photos of him shortly before his death, handled by impossibly young-looking guards, and with a beatific look on his face, defiantly proud. And despite all of the impossible trials of their youth, all of the subjects share this  stubborn refusal to give up on life, and Jia honors their incredible perseverance. Zhao Tao wanders through the rubble-strewn streets of their past, now abandoned by the city, as the film itself tries to inscribe these spaces back into history. The film is currently without U.S. distribution, but there is a Region 3, English subtitled DVD available at outlets including YesAsia.

Cave of Forgotten Dreams was the hottest ticket, as seeing Werner Herzog’s mischievous mug in three dimensions is apparently too provocative to miss. I even spied David Bordwell and Kristin Thompson in attendance, which hopefully means an extended blog post from them both looms in the future. But of course the main pull was seeing the 32,000 year old paintings that cover the interior of France’s Chauvet cave, which the government rarely opens to non-specialists. The spectacle of these ancient masterpieces can be overwhelming, especially the ingenious way in which they were adapted to the undulating surfaces of the walls. Many compositions were arranged in circular groups that lead the eye around the crevasses, imparting a sense of motion. This kinetic aspect appears in the figures themselves, as Herzog notes a bison drawn with eight legs, conveying an idea of speed, which he describes as “proto-cinema”, but which is more proto-Futurism, which is still pretty mind-blowing. The 3D image gives a wondrous sense of depth and curvaceousness inside the cave, but the large segments of interviews with scientists and researchers are a drag in the format. Herzog’s patented mystical madman commentary is pushing into self-parody, but in this case the footage alone is worth the price of admission.

The Silence (2010) is a heavy-handed but refreshingly downbeat police procedural from Germany, directed with precision by Baran Bo Odar. A little girl is murdered in the same spot as another child was 23 years earlier, and a jowly retired detective with his burnt-out former partner try to link the two cases. The characters are thinly drawn, but the actors are superbly worn-down, committing completely to the ornately doom-laden scenario.

Sodankyla Forever (2010): this is only part one of four segments from Peter von Bagh’s history of  the Midnight Sun Festival in Finland, but it makes me want to watch the whole thing. Each section culls from the voluminous director interviews von Bagh has conducted over the years.This section focuses on a variety of directors’ experiences of war, with a lot of emphasis on Eastern Europe, with many pointed comments from Milos Forman, Jerzy Skolimowski and Ivan Passer, who all attended the same boarding school with Vaclav Havel. There was also a striking exchange between Krystof Zanussi and Dusan Makavajev as they discuss their refusal to attend a screening of Battleship Potemkin (those who celebrate it haven’t lived through its philosophy). Also, plenty of prime Sam Fuller.

I Only Want You to Love Me (1976): this little-seen Rainer Werner Fassbinder TV movie is an occasionally entrancing exercise in style. The narrative is a failed allegory about a kid who can never please his parents, and so in his marriage he constantly buys his wife presents, running up their credit and driving them into poverty. It’s poised between absurdism and realism but never settles into a coherent tone. He builds a house for his parents, and they forget about it two weeks later, a blackly comic sequence. But then the rest of the film is a starkly realist portrait of a working class family sliding into the poorhouse. It’s held together by Fassbinder’s dynamic compositions, lots of angled mirrors, smoked glass and foreground/background interaction, but in the end it feels like a test case for his future triumphs.

Unknown (2011): This is not a part of Film Comment Selects, but Jaume Collet-Serra’s sleekly beguiling thriller certainly belongs with that ragtag group. Following up the cold precision of his ace horror flick Orphan, Serra again churns out a film of with strong compositional lines and an entertainingly ridiculous scenario. What stands out this time is his tactile sense of place, a multi-cultural Berlin of five-star hotels and seedy flop-houses. It’s a huge improvement on its model, Taken, the previous Liam Neeson Euro-sploitation outing, which was directed by Pierre Morel. While that film took place in a world of Eastern-European stereotypes and chopped its action sequences to bits, here the city still seethes with racial tension (a taxi dispatcher blames the city’s perceived decline on immigrants), but Neeson is assisted in his quest by a Bosnian cab driver (played convincingly by Diane Kruger) and her African immigrant pal named Biko (a nod to South African activist Steve Biko, played by Clint Dyer). As with Orphan, its actions sequences are concise bits of legible brutality . Bruno Ganz steals the movie as a proud former Stasi member who aids Neeson in his quest for identity. In what is surely to be one of the finest scenes of the year, Frank Langella swings by to cradle Ganz in his arms, as they discuss how to die with dignity.