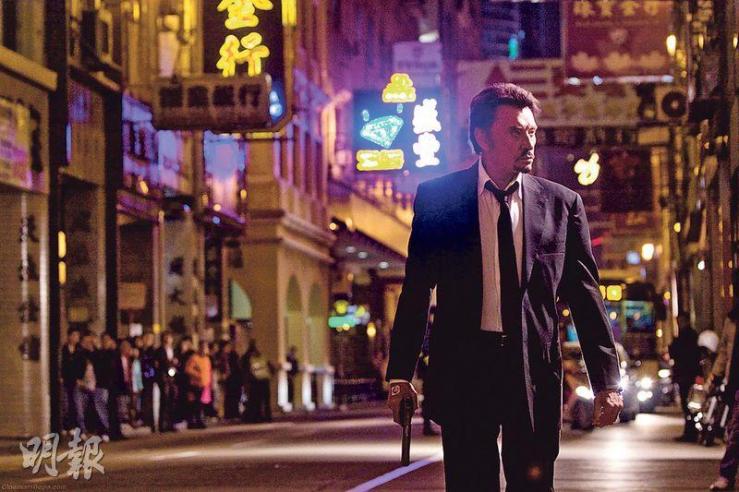 After a lengthy hold-out, I’ve galloped into the loving arms of Blu-Ray. It’s the right time to jump in, as the studios are (rather desperately) pushing the format hard, cutting prices across the board. You can pick up a player for around $150, with many library titles on sale for $10 (most new releases are set at $25). Starting in 2010, Warner Brothers will release every new theatrical release exclusively in “Blu-Ray combo packs”, which will contain the high-def disc along with the standard-def DVD (forcing consumers to buy the Blu-Ray and push them to upgrade). With HDTV prices finally starting to come down as well, Blu-Ray is finally a financially feasible option for cash-strapped cinephiles like myself.

I ended up purchasing a PS3 to pair with my Panasonic plasma in order to sate my long-suppressed video-gaming urges, as well as for its stellar Blu-Ray playback and new Netflix streaming capability. I flirted with the idea of an all-region player, as recommended by the folks at DVD Beaver, but wasn’t convinced there were enough region-locked releases to justify it, especially considering that the excellent Masters of Cinema series is region-free, as are all of the Hong Kong releases.  So while I’m missing out on gems like ITV’s The Red Shoes, I console myself with games like Metal Gear Solid, Netflix, and the rush of new domestic releases (Criterion’s forthcoming Days of Heaven and Bigger Than Life Blu-rays are especially tempting).

After dipping into some of the sales (I picked up The Searchers and Robocop on the cheap), I decided to check in on my favorite production company, Milkyway Image. Johnnie To’s stalwart outfit has been churning out inventive genre pieces since 1996, the kind of work Hollywood has forgotten how to make (aside from flukes like Armored). I sampled two of their recent releases on Blu (available at HK retailers like YesAsia).

Soi Cheang’s Accident premiered at this year’s Venice Film Festival, and it’s a sleek paranoid thriller in the vein of Coppola’s The Conversation. The central gimmick has the obsessive-compulsive Brain (Louis Koo) lead a group of assassins (including Milkyway axiom Lam Suet) on murders that are staged to look like accidents. They build elaborate traps for their marks to waltz into, and their hands are clean. It’s the perfect setup for producer Johnnie To’s penchant for displaying process, the small details that build up to a murder, as he also shows off in Vengeance. I’m not familiar with Cheang’s work (he’s known most for his gangster film Dog Bite Dog), but he is adept with the Milkyway house style, which favors underplayed acting, minimal exposition, and a smooth delineation of space.

After Cheang sets up the group’s unerring precision in a bravura Rube Goldberg murder, he starts to expose the paranoia that drives Brain. His first action is to pick up a cigarette butt that “Uncle” (Fung Shui-Fan) leaves at the scene of their crime. He’s determined to erase any trace of their presence. When their next job goes tragically wrong, he becomes convinced it was the result of a conspiracy led by an insurance agent (Richie Ren). He then embarks upon an elaborate wire tapping scheme, moving into a unit underneath Ren’s apartment and listening to his every waking (and napping) moment. He even sketches the floor plan of his nemesis’ apartment on his ceiling.

Cheung , along with screenwriters Szeto Kam-Yuen and Tang Lik-Kei, withhold enough information to keep the truth of the matter ambiguous. Brain is either a canny chess-player – seeing many moves ahead – or an untreated paranoid schizophrenic – creating antagonistic worlds in his strained noggin. Louis Koo is perfect for the role, a blank slate of wiry tension and a football-field sized forehead that could contain multitudes of tortured grey matter. Cheung uses the motif of a solar eclipse to express the obfuscation of his mind’s eye, working multiple variations on the idea until the literally gut-wrenching climax.

Johnnie To’s latest film, Vengeance, was released last week on DVD and Blu-Ray by MegaStar (IFC has the film’s U.S. rights, with no release date as of yet), and it feels like a stand-in for the Le Cercle Rouge remake he never got off the ground. To’s love of Jean-Pierre Melville has never been so close to the surface. His protagonist, the mummified cool of Johnny Hallyday, is named Costello, just like Alain Delon in Le Samourai, and maintains his near-silent devotion to revenge, this time after the slaughter of his daughter’s family. But Johnnie To is also adept at wonderful scenes of hanging around, the interstitial moments between battles that To veins with humor and pathos. He surrounds Hallyday with his stellar repertory crew (Suet, Anthony Wong, Lam Ka-tung are the killers Hallyday hires to help him, while Simon Yam is the flamboyant villain), and has them enact their usual honor-among-thieves routine, which I could watch until the end of time. Anthony Wong has perfected a resigned weariness that plays beautifully off of Suet’s overeager child and Lam Ka-tung’s suave clotheshorse.

Set in Macau and starring a French rock star, it continues To’s interest in cross-cultural exchange, and is perhaps a nod to his increased visibility in the Western world. The film mixes English, French, and Cantonese, and the issue of (mis)communication becomes a major theme. This is established early on, when his daughter (Sylvie Testud), unable to speak, uses a French newspaper to get her thoughts across (later there is a bravura shootout set among composted newspapers). Then he has to bridge the language gap with Anthony Wong’s gang, in which he switches to English. The final act of the film charts his communication with himself, as he loses his memory and tries to trigger it again with a series of note-covered Polaroids. The final shoot-out is a brilliant encapsulation of the evolution of this theme, as he chases a target whose facial features he repeatedly forgets. It is a scene of constant self-communication and negotiation, as he checks and re-checks the bodies of the assailants in his way. There is also a minor motif of eye-holes and eclipses, similar to those in Accident, images related to the opening-up and closing-off of sight – just another few layers of meaning to To’s incredibly dense revenge drama. The image on both releases is phenomenal, the shimmering pastel blues of Accident and the deep blacks of Vengeance rendered with depth and incredible sharpness. They have my strongest recommendation.