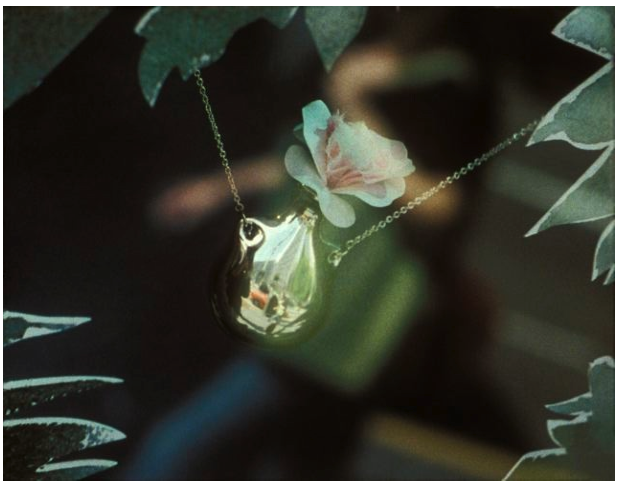 The New York Film Festival is in its final week, concluding on Sunday night with a screening of Robert Zemeckis’ return to live-action filmmaking, Flight. Most of the action this past weekend, though, took place during the Views From the Avant-Garde sidebar. In its 16th year, Views provides an increasingly large snapshot of experimental film practice around the globe. Taking place in the year-old Elinor Bunin Munroe Film Center, the series takes over two screens and an amphitheater space, where audiences can jump back and forth between programs, if they can afford it.  This year’s slate includes festival mainstays like Nathaniel Dorsky, future fixtures Laida Lertxundi and Ben Rivers, and the unclassifiable duo of Apichatpong Weerasethakul and Raul Ruiz, who straddle the arthouse/avant-garde divide.

Nathaniel Dorsky presented two new 16mm shorts in his packed screening, which capture a cycle of mourning and recovery. August and After was made following the death of good friends, legendary underground director George Kuchar and Fluxus artist Carla Liss. It was shot on Fuji negative, which the company recently announced will be discontinued. Using this already obsolete stock, which Dorsky noted had a “lugubrious palette”, he captures singularly mournful images. There is a portrait of George, fading into his wheelchair, and his dumbstruck brother Mike, seemingly too tired for tears. This presages Dorsky’s interest in human forms, which he has largely echewed in recent work. Later in the piece he will enter the streets of San Francisco’s Chinatown, and capture a blur of shopping figures and fabrics and bags, evoking the feeling of being adrift in the flow of humanity. There are still beautiful textures, including the pilled flannel of a red and black checked coat, but they are subsumed in this flow. It ends though, on a vision of unsettling stillness – a kind of giving up-of a freighter lying motionless in a body of water.

April is an attempt to capture the world re-emerging following the trauma of loss. It was partly funded by a gift from Carla Liss, and shot on Eastman stock, which, Dorsky said, is not designed to be projected, but to be used to create a digital intermediate. But he was seduced by its pictorial qualities, and it is an identifiably sweet film, almost sentimental – you can sense a smile behind the camera as it winds through a San Francisco spring afternoon. Here his appreciation of human figures really becomes striking, with multiple shots of office workers and students on benches, the sun creating dappled patterns over their arms as they check their smartphones and sip their fruit smoothies. In these compositions Dorsky’s subjects look lit from within, religious icons instead of administrative assistants.

Laida Lertxundi, is another artist concerned with the beauty and terror of hanging out, being alone at home and in the universe. The world premiere of her new short, The Room Called Heaven, was conceived after she was asked to show some of the B-roll of her previous films. Looking at them, she was intrigued by how they played together, placed next to each other in incongruous conversation. Always one to speak in the present tense, though, she shot new footage, but edited it is if it was B-roll, scenes and fragments abutting one another. It is a similar editing approach as Dorsky’s, although her work is more artificial and composed. Where her previous work had obsessive visual motifs (windows, doorways, screens), here the obsession is with sound design. Her penchant for using a sole backing track (or soul, as with James Carr’s “Love Attack” in A Lax Riddle Unit), is replaced with snippets of songs and a more varied aural soundscape. There is ice is poured into a tin bucket, , a tearing page, and a blinking train stop-light. Then a woman sits, and replays the melody of the fragmented tune at a piano. The atmosphere is the same as her previous works, of a cloistered loneliness, but it achieved through different tools.

The same can be said for Apichatpong Weerasethakul’s Mekong Hotel, a drowsily hypnotic sixty minutes that acts as a distillation of his style and concerns, but shot in HD rather than his usual 35mm. In a hotel near the Mekong River, Weerasethakul held a rehearsal for an old script he had dusted off, Ecstasy Garden. It’s filled with the director’s play on borders that was so resonantly deployed in Uncle Boonmee. As in that film borders are eminently permeable, whether it be between life and death, the spirit world and the physical world, men and women, Thaliand and Laos or past and future. The film’s pace is so gentle and lulling, set to a pacific, repetitive “classical Spanish blues” guitar melody, that the video can easily set one off to another border, between sleep and dream. But make sure to rouse yourself for the majestic final shot, of jet skis doing curlicues in the river in a super long shot, while a long canoe slowly makes its way to the other shore, the speed and power of the new contrasted to the grace of the old.

Ben Rivers is a filmmaker fixated on what is old and past – because what has been forgotten he can invent. An excavator and fabulist, Rivers is interested in outsiders and their ramshackle invented utopias. In his playful short Phantoms of a Libertine, he gives clues to the past of a rake and adventurer through deadpan notes and shards of photographs. We get clues like, “Oct. ’64. Nimes. I had acute diarrhea and was waiting for a train.”

Equally labyrinthine was a super rare screening of Raul Ruiz’s The Blind Owl (1987), which McElhatten had been trying to book for years, until he found the small French distributor who possessed the sole 16mm copy. A deliriously loose adaptation of Sadegh Hedayat novel of the same name and a 1625 play by Tirso de Molina, it follows the blinkered existence of a projectionist who fantasizes himself into the film on-screen, or perhaps the screen bursts into reality, a riff on Sherlock Jr. spiked with Ruiz’s elastic sense of time and space. Scenes loop, the world bends, and life is a grotesque horror-comedy-melodrama in an Arabic cinema in Belleville. Seen at the end of a marathon day of screenings, I was halfway to dreamland myself, but that is certainly how Ruiz himself would have preferred it, as I inevitably became another player on his stage of somnolent cinephiles.

In my exhaustion, there was much that I regret to have missed, from Phil Solomon’s remake of Warhol’s Empire using Grand Theft Auto, to David Gatten’s epic The Extraodinary Shadows, but I was left full to bursting with enough shadows of my own, which will cling to me until next year’s version comes back to town.