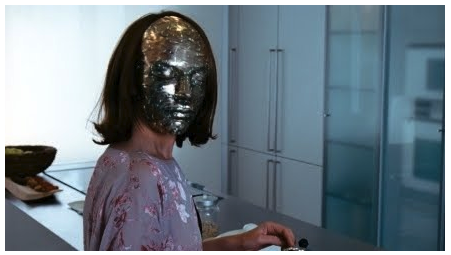 The 12th edition of Film Comment Selects concluded this past week at Lincoln Center, having screened 32 films from all over the cultural map. The stoned dropout to the New York Film Festival’s Ivy League grad, the films chosen by Film Comment magazine’s editorial staff tend towards the spectacular and the underground, and occasionally underground spectaculars. Plucking from the festival scene (Hirokazu Kore-eda’s I Wish), genre titles (Alexander Zeldovich’s Target) and experimental multi-projection performances (J. Hoberman’s Land Passion War of the Dead Christ Worlds), it has something for everyone. That is, if everyone was a creepy cinephile shut-in.

The selection of Target (2011) encapsulates the mission of FCS, a Russian sci-fi film too genre-bound to make the NYFF, and too arty to pick up mainstream distribution. The film is conceptually simple but dramatically sprawling, pulling from influences as disparate as  Stalker and Gattaca. The year is 2020, and China has emerged as the dominant super-power, its culture seeping into every corner of Russian daily life. The Mandarin-speaking minister of Natural Resources, Viktor (Maksim Sukhanov), is tiring of his sterile marriage to Zoya (Justine Waddell), a feckless beauty who spends her mornings getting her face un-wrinkled by a nano-bot infused death-mask. Longing for the days when the felt something resembling emotion, they light out for the mountains of Central Asia, in which an abandoned astrophysics laboratory is rumored to emit cosmic rays that grant eternal life. They are joined by Zoya’s hyperactive TV-host brother Mitya (Danila Kozlovskiy), the thuggish customs agent Nikolai (Vitaly Kishchenko) and Anna (Daniela Stoyanovich), the dreamy narrator of a Chinese-for-Beginners audiobook.

As with Stalker’s Zone, the astrophysics site seems to have a consciousness all its own, with the guides referring to it as “The Thing, The Detector, The Target”, both an active agent and a receptacle for divine radiation, an elusive and contradictory force.Viktor and his entourage ignore this ambiguity, and approach it as just another slumming self-help adventure, the simple rural living distracting them from all those riches. But then the site has its effects, and immortality ain’t what it’s cracked up to be. The radiation makes them act younger and more impulsive, as if slightly buzzed. The movie shifts from sci-fi futurism to melodramatic fucking and fighting, as the group turns into an overheated brat pack of randy adolescents. Eternal love in this situation becomes not a promise, but an existential threat.

The films of director Alexei Balabanov present another kind of threat, not of the banality, but the deadpan absurdity of evil. His relentlessly black comedies eviscerate the Russian state apparatus in stories of institutional incompetence and sickeningly casual violence.  A Stoker is a return to contemporary Russia after the early 20th Century detour of his Bulgakov adaptation  Morphia (2008,selected for the 2010 FCS). Skryabin (Mikhail Skryabin) is a native Siberian Yakut who was shell-shocked in the Afghanistan war and never recovered, spending his days in the boiler room fueling the furnace, and typing away at a novel he’s been writing obsessively for decades. His face is a placid mask, and his reactions sluggish, as if instructions were dropped into him down a deep, cobwebbed well. Balabanov shows this garlanded hero as a zombie of Russia past, lobotomized into a cog in the mob’s death machine, as he burns up assassinated corpses in his furnaces. It is only when his daughter gets caught up in that same machinery that he dodders back to life, adding a few more drops of blood into his country’s vast reservoir, before drifting back off to sleep.

Also easing into the land of dreams is Sara Driver’s Sleepwalk (1983), a hypnotic nocturne set in the Lower East Side of Manhattan. Agitated typesetter and single mom Nicole (Suzanne Fletcher) agrees to translate a sheaf of Chinese nursery rhymes to make some extra cash. Her life is already filled with everyday surreality, from her perpetually bleeding finger to the trance-like rhythms tapped out by her sullen workmates, but with these translated tales reality entirely escapes her, and she is left circling through a laid-back nightmare. Everything gets repeated, from a child’s obsessive street-crossing to the elevator’s insistence on stopping at every floor. Shot with the languorous long takes of DP Jim Jarmusch, Driver’s film approximates the feeling of half-sleep, when the day’s events are cycling through your head but your body is shutting down, your consciousness slipping away.

There is nothing sleepy about the wide-eyed adorability of I Wish (2011), the latest family drama from Hirokazu Kore-eda (Nobody Knows). Returning to more commercial ground after his experiment with latex love in Air Doll, I Wish was partly financed by Kyushu Railway Company, whose bullet train provides the central plot point of the film. It’s a simple tale of a family split by divorce. The two sons split, with Ryonosuke (Oshiro Maeda) living with the father (Joe Odagiri) in Fukuoka, while the older brother Koichi (Koki Maeda) stays with their mother in Kagashima. They vow to cut class and meet at the midpoint between their two cities, believing that when the new bullet train passes that point, their dreams will come true. A saccharine set-up, but Kore-eda leavens it with such melancholy and lightness of touch, it ends up indelibly moving. This is in no small part to the charismatic kid leads, real-life brothers who perform as the manzai (comic duo) act Maeda Maeda (according to Mark Schilling in the Japan Times). Already professional comedians, they have impeccable timing and rapport, with Koki playing the straight man and Oshiro the loudmouth madman. That this routine works despite their being separated for the majority of the film is a testament to their rhythm, as well as the fine parallel editing of Kore-eda’s team.

Film critic J. Hoberman (now of Blouin Art Info) does some editing of his own in Land Passion War of the Dead Christ Worlds, his multi-projection spectacular that layers Passion of the Christ, War of the Worlds (2005) and Land of the Dead on top of each other in an orgy of martyrdom and Hollywood pizzazz. This special presentation grew out of Hoberman’s college lectures, in which he experimented with Passion as well as Rocky, playing all five (at that time) in the series at once.Passion was projected on film in its entirety, stretched vertically from its original Scope ratio to fit into the fatter 1.85, giving the characters, as Hoberman said, “an El Greco look”. Then scenes from War of the Worlds, and all of Land of the Dead were projected digitally over it, and hidden affinities began to emerge. It calls attention to the cookie-cutter manner of Hollywood screenwriting, in which “beats” all occur in the same spots, regardless of whether it’s Jesus’s crucifixion or a zombie rebellion. Then there are the smaller bits of serendipity, with Satan’s snake slithering towards a cowering Tom Cruise, or fireworks blooming over Pontius Pilate. As Hoberman admitted, it was more of an installation than a crafted work of deconstruction, and encouraged wanderings in and out. I remained lodged in my seat (with no booze nearby), so I let my mind wander instead, grazing over each layer of action, waiting for moments of convergence, after which I oohed as if wooed by the latest blockbuster, which, at Film Comment Selects, it most certainly was.

Click to read what I previously wrote about FCS selections Despair (1978) and Almayer’s Folly (2011).